The origin of Xing An Tian Hou Gong is still unknown due to the lack of relevant sources. It was believed to be established around the 1920s. Pilgrims and worshippers from the Mazu temple in Meizhou brought the worshipping culture to Singapore where people could pray at 133 Queen Street. This became a site of spiritual support and activity for early Putian immigrants.

Since the 1940s, the Putian (Henghua) people had been organizing activities during the Seventh Lunar Month (公建普度,中元节) in memory of their ancestors and to engage in expiatory purification of the spirits.

In 1957, the Henghua community established the Nanyang Putian Huiguan (南洋莆田会馆) and its first chairman was the late Mr. Su Zhi Xuan (苏志宣).

In 1972, being part of the city reconstruction scheme, Xing An Tian Hou Gong and the Nanyang Putian Huigian moved out of Queen Street to 16 Madras Road. The “Puxian amateur troupe” (莆仙业余剧团), a collaboration between Sin Hoe Ping and the then Xin De Yue troupe (“新和平”与“新得月”戏班) was formed in 1974 and performed during the celebration of Goddess Mazu’s birthday in 1975. It gained much support from the community and other Putian-affiliated temples also invited the troupe to perform with which they could stage more than 60 performances annually during the peak period. Unfortunately, after having performed for 10 over years, the troupe had to be dissolved because there were no new performers to take over the old and retiring performers. 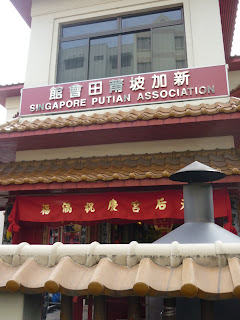 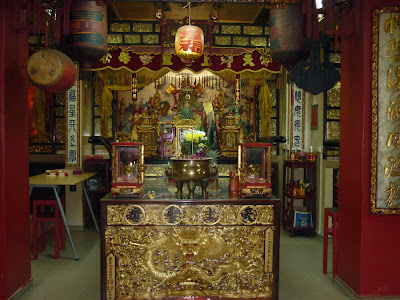