Nested in this lane, which is considered as part of Paya Lebar Road, are two temple complexes, all new generation temple buildings built as a result of urban renewal in Singapore. 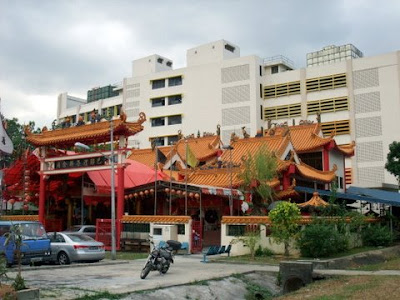 This is one of the two temples in this complex, Feng Huo Yuan 风火院. Interestingly, if you look at the name at the temple, you would see the word "Huo" (which is fire) up-side-down. It could be in the belief that if it is written this way, then the fire would not come alive! 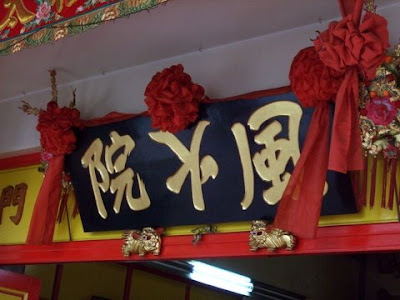 I could remember long long ago when I first visited this temple (which was already built), an old man was sharing with me the stories of olden times, when it was still farm land in this area. Under the renewal programe, the small temple (probably in a hut or so) had to make way, but he told me that the main deity refused to move. And so, the devotees had to see how to keep the temple in its place. Alas I did not have the chance to follow up, but happy to note that till this day, this temple is still there. It probably still has a story to tell of the olden days with its neighbourhood forming the devoteeship. 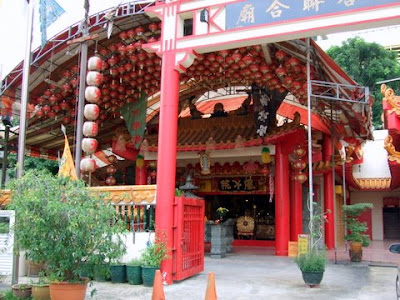 This temple is dedicated to, amongst the many Deities, Hong Jun Fa Zu 鸿钧法祖 (known to the Hokkiens as Ang Kun Huat Chor or Ang Kun Lor Chor). While there are a couple of such temples dedicated to Hong Jun Fa Zhu in Penang, Malaysia, in Singapore, it is rare. 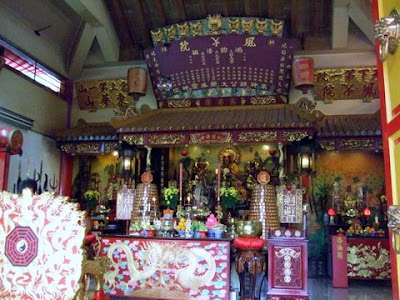 This temple has an active group of members practising the tradition of the cultivated Tao. They even produce CDs of their chanting, to be given away free. You can get copies from the temple.
Posted by chinatownboy at 2/28/2009 01:22:00 PM No comments: Links to this post